Why Apple Cider Vinegar is Good for Diabetics?

In this Diabetic & Me article you will learn about:

This simple fermented liquid has a history that spans over a millennia, and can be used in more ways than you expect. Previously on the Diabetic & Me blog, I talked about apple cider vinegar shampoo as a great option for diabetics. Today, I'll go a bit more in depth into the relationship between ACV and diabetes, and what it can do for you.

What is Apple Cider Vinegar?

First off, let's take a look at what makes apple cider vinegar so special. Going Zero Waste emphasizes that the process for making apple cider vinegar is very simple: simply put chopped apples and sugar into a jar, cover with water, cover the mouth of the jar with cloth, and leave the mixture to ferment for a few weeks.

As the apples ferment in the water, the entire mixture turns into apple cider vinegar. The fermentation process produces strings of enzymes, usually called the 'mother', which are packed with healthy probiotics and nutrients.

Why is Apple Cider Vinegar Good for Diabetes?

Apple cider vinegar is used in a variety of ways, from home remedies to cleaning solutions to even skincare. Its acetic acid makes it particularly useful for killing off harmful bacteria both on our skin and in our homes. But there's more to ACV than meets the eye, and research has shown that it's actually good for diabetics.

While there aren't very many extensive studies about the benefits of ACV for blood sugar levels, what we do know is promising. The short-term effects of ACV include improvements to blood glucose levels even 30 minutes after taking apple cider vinegar. As the body of research expands, we may end up seeing a lot more benefits to ACV for diabetics in the long run.

Should I Be Taking Apple Cider Vinegar for My Diabetes?

Although ACV hasn't officially been endorsed as a solution for blood sugar levels management, the evidence shows that at the very least it's good for short-term solutions. Taking apple cider vinegar can used alongside many other established methods, such as eating low glycemic index foods, in order to keep your blood glucose levels stable.

Unfortunately, due to the acidic nature of apple cider vinegar, even drinking a diluted solution can be dangerous in other ways. Apple cider vinegar can strip your teeth of much-needed enamel, so taking it regularly in liquid form isn't always advised.

Brightcore recommends taking ACV in gummy form in order to maximize the benefits while minimizing the acidic damage. Dosages are also easier to measure and track with ACV gummies. So if ever you decide to start adding ACV into your regimen, ACV gummies might be your easiest bet. 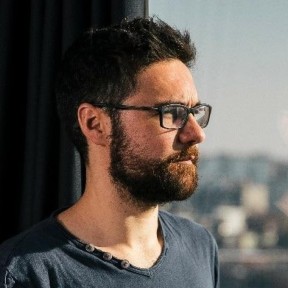 Is Shrimp Good for Diabetics? All Nutrition and Safety Facts

Can Diabetics Eat Grapefruit? Learn More about the Benefits and Sugar Levels of This Fruit

Sign up for my newsletter and receive the latest diabetes guides and product reviews.

Don't hesitate. You don't want to miss any.