Ely Fornoville Published November 20, 2019 Last Updated June 21, 2021
7 Min Read
Hey everyone! My name is Nick Johnson. I’m 24 years old and currently living in United States. I have type 1 diabetes for a total of 9 years.I was diagnosed when I was 15 years old. I didn’t hide my diabetes but also didn’t grow up with it.

It was mostly emotional and realizing I was going to have a disease with me the rest of my life. I had planned to join the military. It was my dream that was taken away from me by diabetes and it put me in a very dark place for most of high school.

“It was mostly emotional and realizing I was

going to have a disease with me the rest of my life.”

Currently I use a Dario glucose meter and insulin pens. I had been on a Dexcom G5, however that was very expensive and I couldn’t afford it for more than 1 year. I am using Basalglar and Humalog insulin. Before that I used Lantus and Novolog. I have tried Toujeo sample from my endocrinologist.

Mentally it’s draining. I’ve had so many highs and lows (Pun intended). I was found to have anxiety and panic disorder after diabetes type 1 diagnosis which has made my current situation a rollercoaster. I try to remain positive however I think diabetes is a constant negative, chilling in the back of my mind.

On a scale of 1-10. 10 is ‘on the ball’ and 1 being ‘no care at all’. I’m a 6. I do skip some injections and I tend to run high when sleeping for fear of dead in bed syndrome (DIB). I have an endocrinologist. They aren’t very helpful or empathetic. I do have a pharmacist that is very kind and helpful.Sometimes, I can recognize them. I get shaky, confused and very warm. 70% of low blood sugars are felt with these symptoms.

I’m supposed to check 4 times daily. Sometimes it’s up to 10 because my glucose levels throw me curve balls.

I chug any non diet soda I have to cure my low blood sugar. Occasionally I use juice boxes.

I’ve had two hypos that resulted in loss of consciousness. One was post workout. Passed out in a GNC (store) and came to in the ER. Second one was while at work and my continues glucose monitor (CGM) was giving bad readings due to battery on it’s way out. Woke up in ambulance after seizing at desk.I don’t eat breakfast. I Just drink coffee. Typically skip lunch. Around noon I have a sandwich. Dinner is always around 6pm and varies.

I don’t vary my insulin dose if I eat something different. I try to follow the same routine no matter what I eat. Or I will avoid bad food all together.

I try to drink lots of water. Sometimes I drown myself and other days I struggle to get a couple glasses. I sometimes skip meals and eat snacks like string cheese or pork skins in between meals.

A diet is a restriction of foods basically so I’d say yes that I find it being restrictive. But that doesn’t mean it’s bad. I do get annoyed a thousand times when people ask me about eating certain foods.I believe a well rounded diet is still best. I do understand that the low glycemic index of a plant based diet could be very helpful in diabetes management.When eating out at places I’m not familiar with I tend to eat whatever and correct my blood sugar levels with insulin once I’m finished. I think it would be cool to see items listed on the menu the way gluten free items are listed. Perhaps have a carb count and glycemic index next to dishes, best for those eating low carb. Since keto diets are a big thought right now diabetics wouldn’t be the only ones benefitting from that.

I lift weights, cycle and use the sauna 6 days a week. Roughly 2 hours on the floor and half an hour in the sauna. I’ve worked in an office at a desk as well as construction. Office work had no real affect on my diabetes. Construction is a different story because I was never doing the same thing each day. Kept me on my toes.I don’t beat myself up. My mantra is just to do my best day in and day out. I have really good days. And really bad ones too. Dwelling on a bad day isn’t going to help. Instead I just take it as it comes.

The hardest part was that I hated needles as a kid. Now they don’t even make me flinch. I struggle most with the disease in general. I am no replacement for an autonomous organ.

I’m constantly worried about going low. So much that I would rather run 200-300. After having two seizures it made me realize that the room for error with diabetes is so small but the complications that result are huge.

The best part is I’ve been much more grateful about my life and empathetic for people who are worse off than I. It changed my outlook on life. I was in a very dark place and addicted to drugs around the time I was diagnosed with T1D. It was a wake up call for sure.

I am lucky to live in the United States where care is more easily accessible than in other developing countries. My heart goes out to those who don’t even have the basics.It doesn’t “go away”. Diabetics can be very crabby people. Most people not dealing with a life long disease have no idea the mental strain.

Take this seriously, it’s gonna suck. It isn’t going to be fun and you may need to make lifestyle changes. But stay on top of it and anything is possible.

But, make some time to have fun. If you aren’t feeling right in the head seek out a therapist. They are amazing and I find mine to be very helpful.Do you have any tips and tricks to pick yourself up when you’re having a rough day or when numbers aren’t cooperating?

Feel free to answer in the comments below.

Hey! I’m Ely Fornoville, the founder of Diabetic & Me .

We interview people with diabetes share the stories behind their lives. By sharing these stories, we want to help others to understand life with diabetes.

Hi, I'm Ely Fornoville and I am the founder of Diabetic & Me. Being a type 1 diabetic since 1996 I developed a passion to help people learn more about diabetes. I write about diabetes and share stories from other diabetics around the world. I am currently using a Freestyle Libre CGM and a Minimed 640G insulin pump with Humalog. 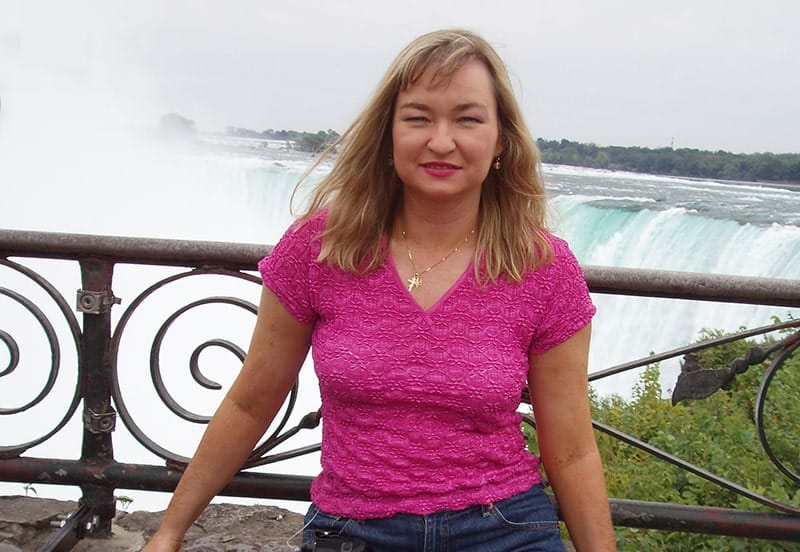 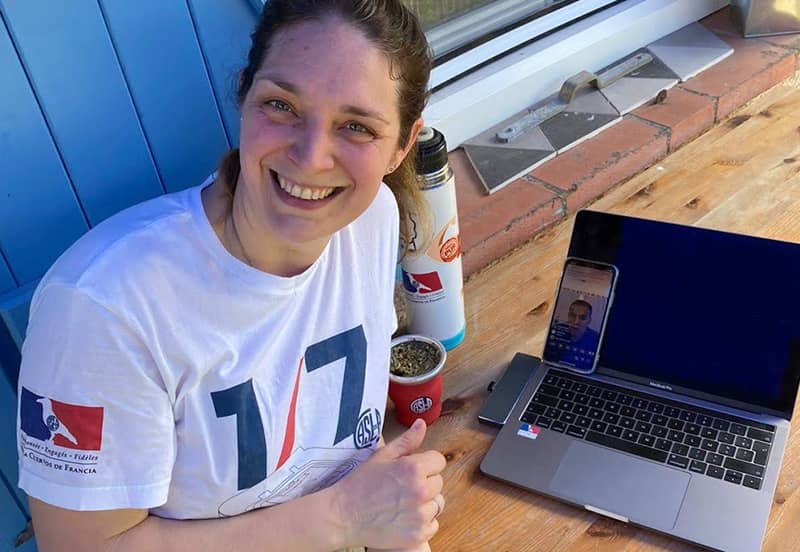 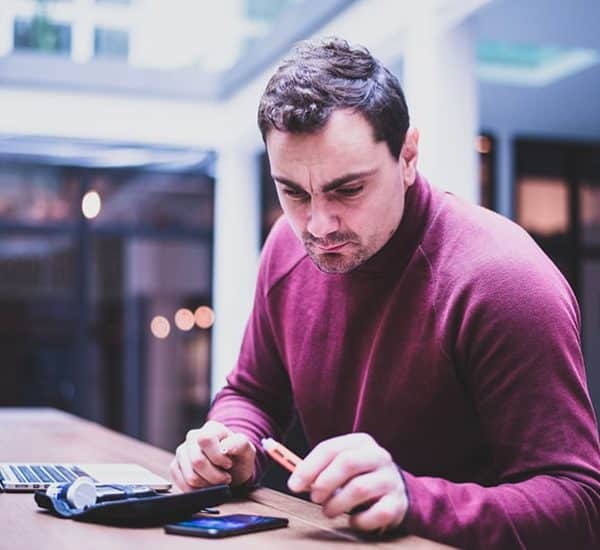 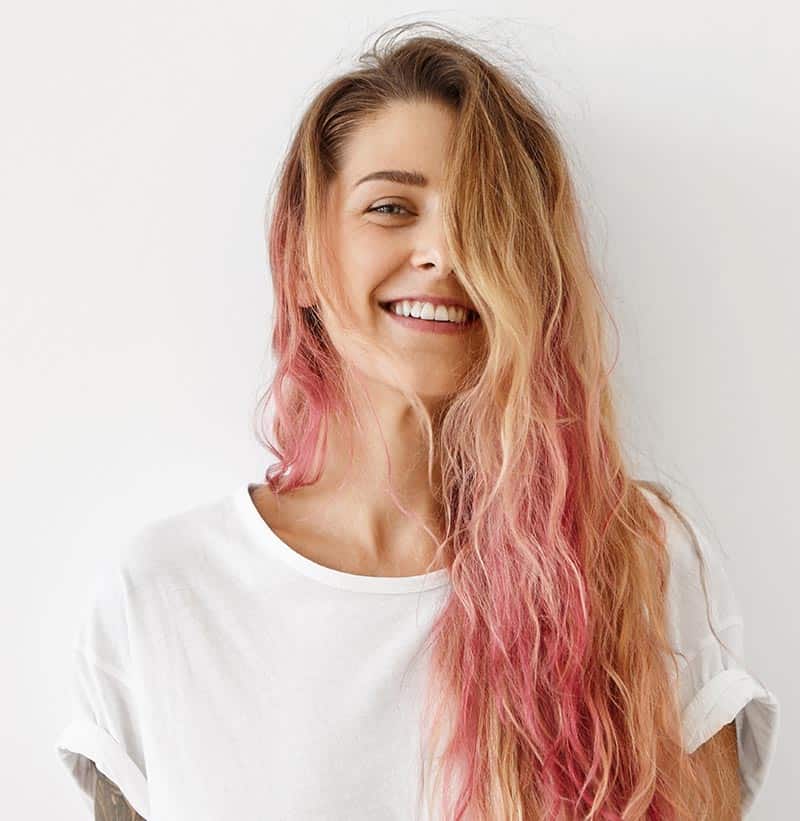